One of my subscribers has his own blog up with links to various custom motorcycles. 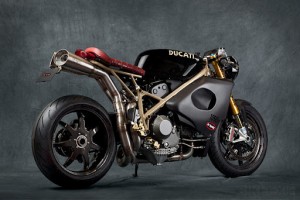 Check out the blog

Jonathan Rea is one of the nice guys of World Superbikes.

He’s recently married an Aussie girl from Philip Island. He’s currently filling in for the injured Casey Stoner in Moto GP as well as his Superbike commitments.

Red Bull interviewed him at home on the Isle of Man As is his custom at races in his home country, Rossi also unveiled a special helmet, designed by Aldo Drudi after an idea concocted by Rossi’s inner circle, together with the legendary Italian designer. This helmet shows Rossi hanging on the ropes, one eye blackened, with the words “Come vado?” or “how am I doing?” in a speech bubble. The helmet is one half of a well-known Italian joke, an Italian journalist explained to me. The joke is that a boxer who is taking a beating returns to his corner, sits down and asks his trainer “How am I doing against this guy?” The trainer, not wanting to discourage the boxer, replies “If you kill this guy, then the judges might just call it a draw.” Rossi’s humor is sometimes incomprehensibly Italian, as humor can so often be (and I say that as someone who has had to explain his own peculiarly British sense of irony to his Dutch friends and neighbors). But this helmet shows that Rossi is still able to laugh at himself. That’s quite an achievement after two very tough years. Fortunately for Rossi, he has only six more races before he can get off the bike he refers to as “the Ducati” and return to the bike he calls “the M1”. From Valencia, that will once again be “My M1.”